Play the demo Add to wishlist

THE LAST HUMAN IS A BIKER (TLH) offers an exciting and addictive video game experience for a few hours of pure entertainment. In this 2D shooter you play as John, the last human and unleash his fury in his quest of vengeance! With unlimited item synergies, change your style every game and make the choices that will allow you to survive against countless swarms of aliens!

2666, an alien invasion has destroyed the United States. John is the only survivor, the last human.
Embark on a vengeful adventure on the devastated roads of the United States, and destroy the alien scum with big guns and tasty punchlines.

This game is a tribute to 90s movies and series masterpiece, from THE RENEGADE to AKIRA, including MAD MAX and STARSHIP TROOPERS. Every breath you take, prepare for a shower of cultural references to awaken Nostalgia. 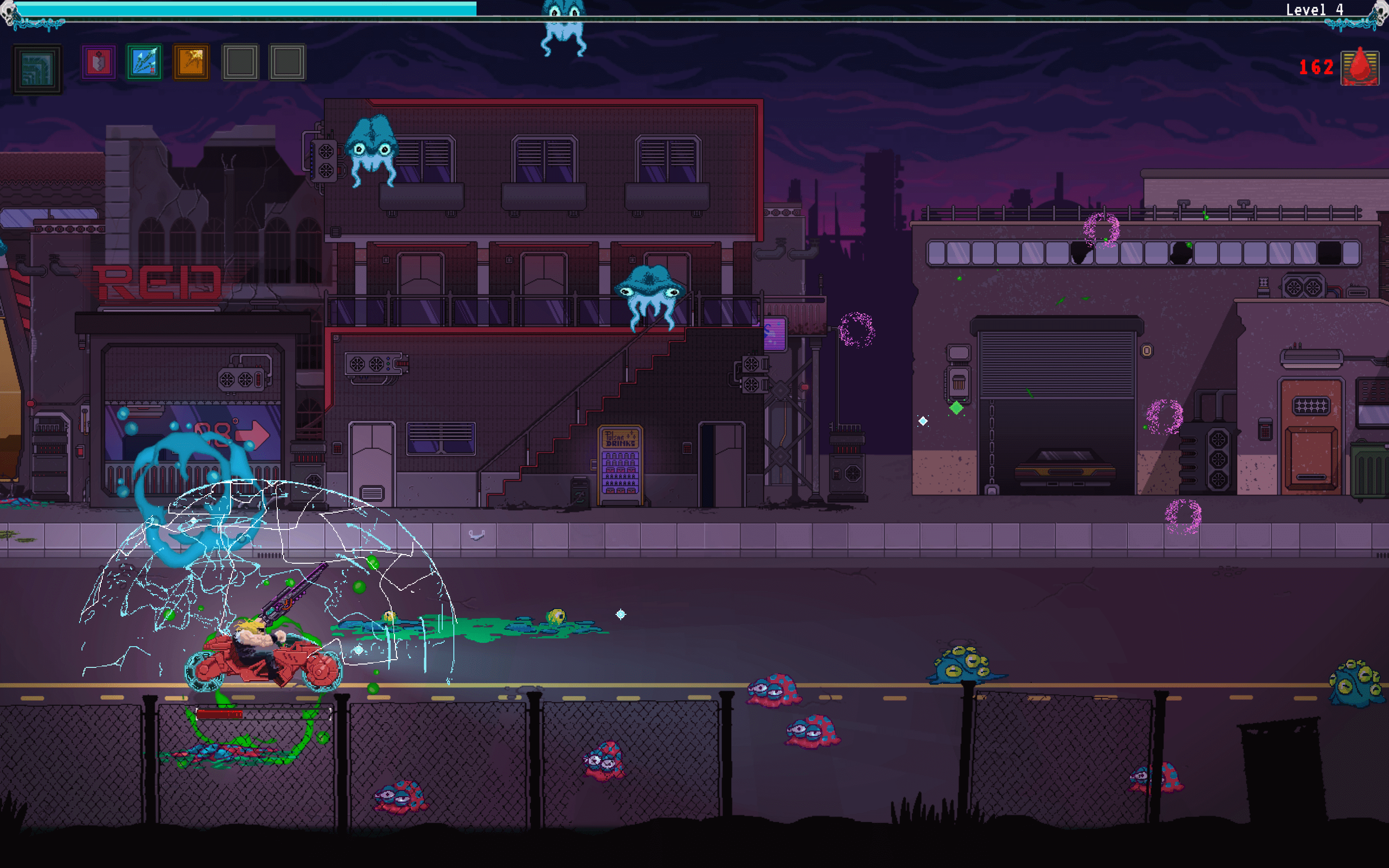 “Since it's the '90s, you don't just smack a guy in the face. You say something cool first.”

TLH combines shooter and runner mechanics to deliver a fast-paced gameplay, spiced up with rogue lite elements. The player's goal is to survive as long as possible while continuing his vengeful adventure on the devastated roads of the United States.

Choose your starting weapon. Upgrade it with modules to combine their passive effects with no limit. These various and infinite combinations will make each game unique. Among all these recipes, you may end up building one of the secrets weapons with unique and legendary signatures.

Among all these recipes, you may end up building one of the secrets weapons with unique and legendary signatures.

Play the demo
in your browser